At the intersection there is a conflict between currents from opposite directions and intersect each other, resulting in congestion along the intersection arm. Congestion is caused by a reduction in the effective width of the road due to on-street parking. Along with population growth and the magnitude of development as well as increasing transportation, the number of vehicles or traffic volume on roads is increasing, including one intersection in Deli Serdang Regency which has traffic density every day with concomitant congestion and a decrease in speed in certain road segments. This study aims to analyze the performance of the unsignalized intersection of Jalan Deli Tua Pamah - Jalan Besar Deli Tua and find alternatives to solve the problems that exist at the intersection of Jalan Deli Tua Pamah - Jalan Besar Deli Tua. The data collection method is carried out within a certain time by studying primary and secondary data. In this study resulted in the conclusion that the intersection of Jl. Besar Deli Tua – Jl. Deli Tua Pamah experienced the peak of traffic flow on Thursday at 07.00-08.00 WIB with a traffic volume of 3238.2 smp/hour. The actual capacity is 2881,483 smp/hour. The degree of saturation is 1.1238. Based on the value of the degree of saturation, the level of service at the intersection falls into category F with the current condition being blocked and congestion often occurs for a long time. Alternative solutions that can be given to the obstacles found are the need for the installation of a signaling device (traffic light) 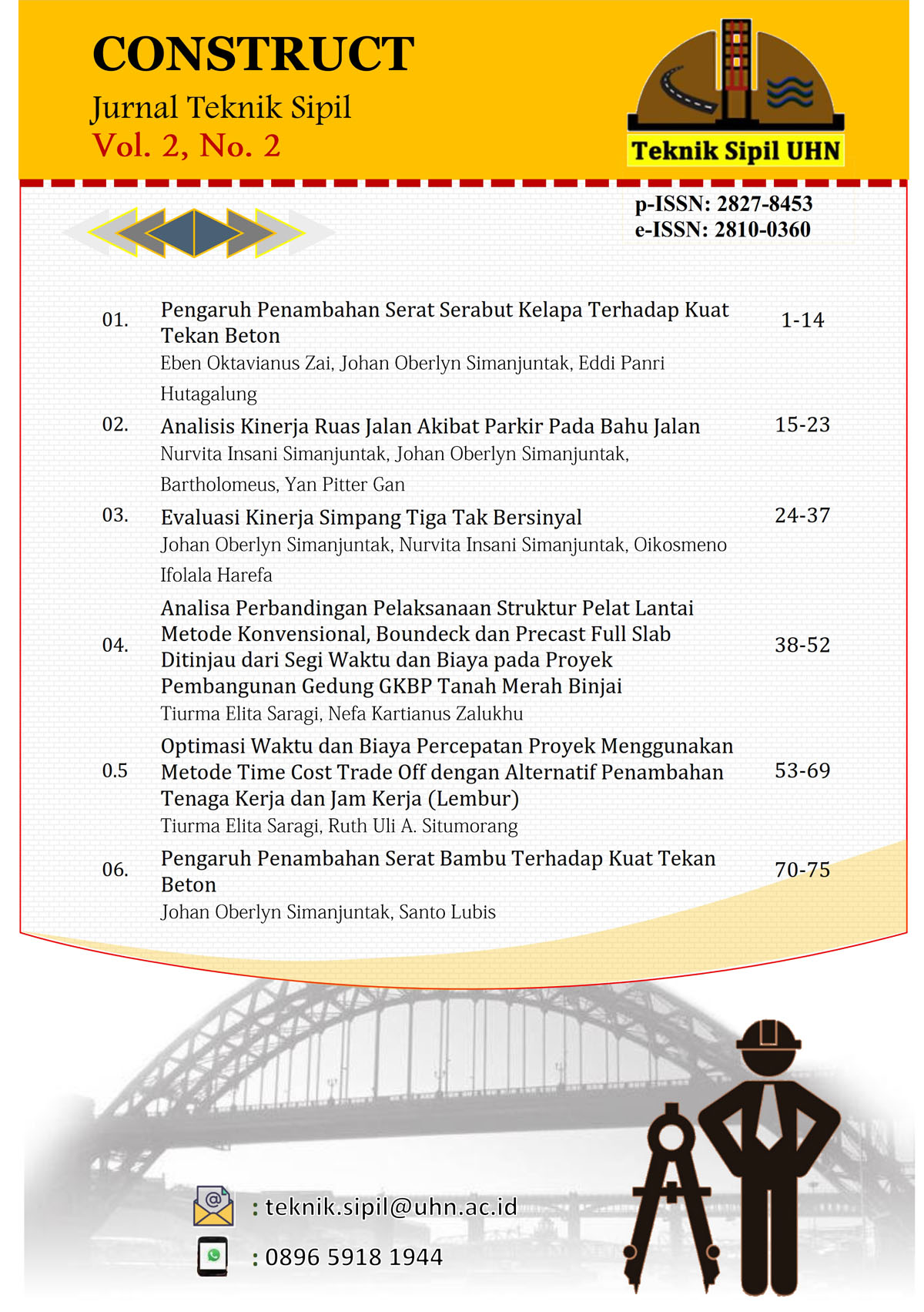