In second language acquisition, The Critical Period Hypothesis (CPH) holds that there is a critical
time period for a person to learn a new language with native proficiency. This time usually begins
around the age of two and ends just before puberty. According to the hypothesis, learning a new
language after this critical period will be more difficult and unsuccessful. The crucial phase is the
stage of a person's development when their nervous system is primed and sensitive to environmental
stimuli, according to developmental psychology. If a person does not receive the appropriate
environmental stimuli during this time, their capacity to learn new skills will deteriorate,
compromising a variety of adult social functions. If a child does not learn a language during this vital
era, they are unlikely to achieve native fluency in their first language. Because of the adaptability of
the brain, a person is poised to learn new abilities throughout the critical period. Synapses, or brain
connections, are extremely receptive to information. Some researchers refer to the'sensitive period' or
'weak critical period' as a synonym for the critical period. The sensitive phase is comparable to the
critical period in that it is characterized by a high level of neuroplasticity and rapid formation of new
synapses in the brain. The key distinction is that the sensitive phase is thought to endure longer than
puberty, but there are no hard bounds. 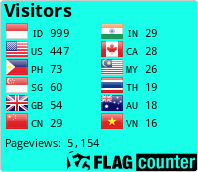